The first was a fraternity brother.  Late in the afternoon, after a day of watching the news, drenched in horror and dismay, I received an email.  As far as I could tell, it was sent to everyone in his address book.  There was one line, “has anyone seen my father?”  He worked in the World Trade Center.  He was never found.

The second was a widower.  His fiancé was on the plane that hit the Pentagon.  I had the honor of being part of the funeral.  I don’t remember a thing about that service, what the preacher said, etc.  I only remember his face: absolute shock.  His face didn’t change for months.

The horror, dismay, desperation, and shock of that horrible day has faded.  But, they can return with the smallest catalyst.  And so it is with most trauma.  I haven’t forgotten how much I miss my dad, I’ve just learned to live with the grief, and figured out how to put one foot in front of the other.  And so it is post-9/11.

Every September 11th, I remember two pieces of art.

The first is “The Trinity Root,” a sculpture that stood in the churchyard of Trinity Episcopal Church, Wall Street from 2005 to 2015, close to historic St. Paul’s Chapel.  On 9/11, a large sycamore tree absorbed the blast from the towers and protected Trinity’s adjacent St. Paul’s Chapel from destruction.   Steve Tobin created the Trinity Root from the stump of the tree, casting it in bronze.  Isn’t it amazing that, in the midst of a modern, concrete jungle, a hellish fireball of steel and jet fuel could be thwarted by a simple tree.

The second is Bruce Springsteen’s “The Rising,” his musical meditation on 9/11, specifically from the perspective of the First Responders who charged into the World Trade Center and never emerged.  The song begins,

And near the end he sings,

“There’s spirits above and behind me
Faces gone black, eyes burning bright
May their precious blood bind me
Lord as I stand before your fiery light”

We are never truly whole again after real trauma, global or personal.  True wholeness will only be restored in the arms of Jesus when we go to our reward.  But, we know healing when we stand in awe of our faithful God, when we embrace the memories and love of what we have lost, and when we give thanks for those who protect us and walk alongside us.

May their light never fade. 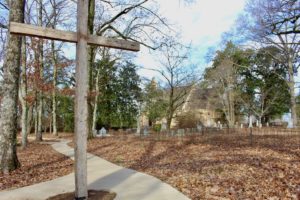 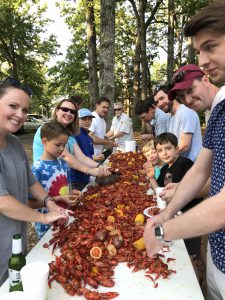 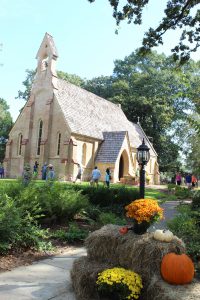